What Health Symptoms Should Make You Run to Get Strep Throat Testing in Palm Harbor? 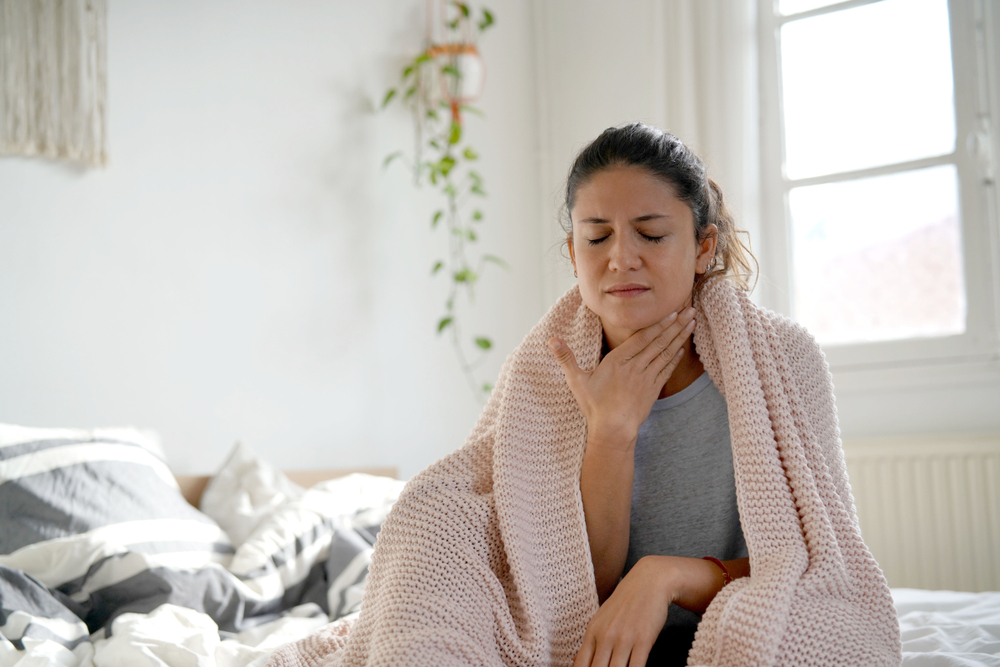 Strep throat is rarer than you think, with only 13,000 documented cases in the United States every year. However, it’s still a possibility. Strep comes from infectious bacteria that inflame the throat and tonsils, leading to severe pain and symptoms of infection, like a high fever. This is when you should make a run to get strep throat testing in Palm Harbor.

Because of its reputation, most people with a severe sore throat will conclude that they may have strep throat. This is why it’s a good idea to get tested for the bacteria instead of leaving it up to chance. Most of the time, a severe sore throat will be caused by a virus and accompanied by sinus pressure and a runny nose. However, strep makes it difficult to eat, drink, or swallow, and you’ll have white patches on your tongue and tonsils.

What Could Happen if Strep Throat Goes Untreated?

Strep throat isn’t fatal on its own. However, if left untreated, the bacteria could lead to a greater infection that spreads through your body. This could result in rheumatic fever, which would significantly increase your risk of dying from the infection.

When is Strep Throat Most Common and in Who?

Like any other CDC documented disease or illness, Strep throat has a set of disease trends that tell us what we need to know about who is most at risk for infections.

Here’s what we know:

If you think you may have strep throat, come by Polmed Primary Care & Walk-In Clinic for strep throat testing in Palm Harbor. You can also give us a call at (727) 339-2054 for more information or to schedule an appointment.

We Love Our Customers!
I’ve been going to CC, a Nurse Practitioner, Denise, and Sarah, at Dr. Kaszuba’s office for a long time now. I just want to say how I love this office. I found out about the office when I took an elderly patient here for her visit. They were so welcoming, I decided to switch to them for my doctor even though I live in Pinellas Park. I’ve always received the best care here.
Penny Fuller
The team at the front office is amazing I appreciate how nice Sarah has been with helping me with my appointments. The whole team does a great job and really care. Cassie Thomas
Cassie Thomas
Great staff, smooth process. Booked through Zocdoc, staff called and confirmed appointment. Visit was friendly and informative. I was looking for a Primary, this office pretty much summed my decision. Thank you Polmed!
Gimme Waves
I felt very comfortable and welcomed. Doc was very knowledgeable.looking forward to having this team guide me back to health!
Lisa Hoffman
I wouldn’t change doctors for anything, Dr. Kaszuba is the best! I overlook the small stuff that is irrelevant ! He goes above & beyond !Not only is he a polite gentleman, but he has nailed every condition I’ve had, proving certain specialists incorrect! He’s old school knows the body in its entirety not just generally! I hope he gets rest, though! Also, his staff are awesome they love him! It’s all a breath of fresh air especially during these times. Thank you, all!
COLLEEN A. PIKOS
Very professional, i highly recommend
Fred Cook
I have been a patient of Dr Kaszuba, Ben Landry, and "Ci Ci" for 15 years. I am a retired 33-year clinican myself. I credit Dr. Kaszuba for saving my life, as he recognized my symptoms at a very early stage, intervened, and took action immediately. His staff maintains a high standard of ethics in their areas of expertise especially Sarah. And have been very considerate of my health status, relaying information and communications.I travel 2 hours one- way for my appointments because of the high quality of care.
Wolf Sax
Very warm , inviting professional staff..
velvetstar17
Love the people there and how they listen to me.. their office is always clean and neat the staff is really nice and lovely
Angie Wellbaum
I love the staff and I love how they listen to me when I have a problem.
erik wellbaum